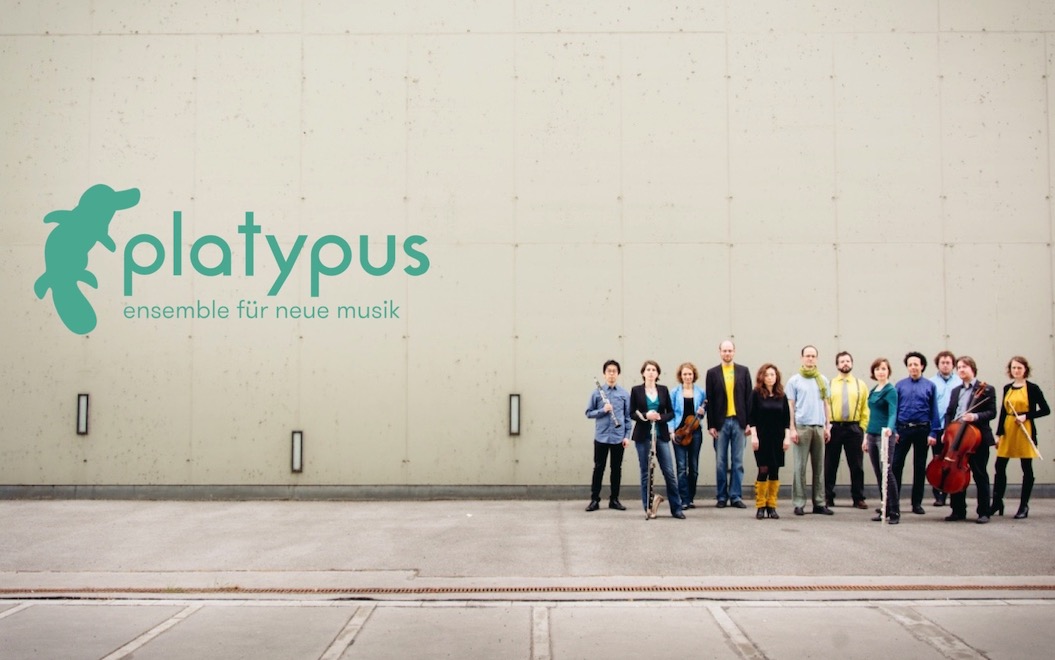 The Ensemble Platypus is a young and energetic formation in the field of contemporary music. Its roots lie in the older association „Verein Platypus“, which started originally as an initiative by young composers. The Ensemble Platypus represents a logical consequence and a natural development of ideas and idealisms already propelling the work of the first duckbill.

These include the highest possible artistic and musical standards as well as a serious advocacy for aesthetic and programmatic pluralism, an effort towards accessibility and a general low-threshold policy in all concerts and other projects. In this respect, it also is the groups resolve to aim for and realise projects which transcend and question if not detonate conventions present in musical life today. Furthermore, the group lies an emphasis and focus on young and little-known composers, of which a rather large number of commissioned pieces, world-premieres and European premieres bears testimony. The equal representation and equal judgement of women and men, be it in decision-making, concert programmes or other artistic ventures, is another primary guideline of our work.

All sessions by Ensemble Platypus (AT)