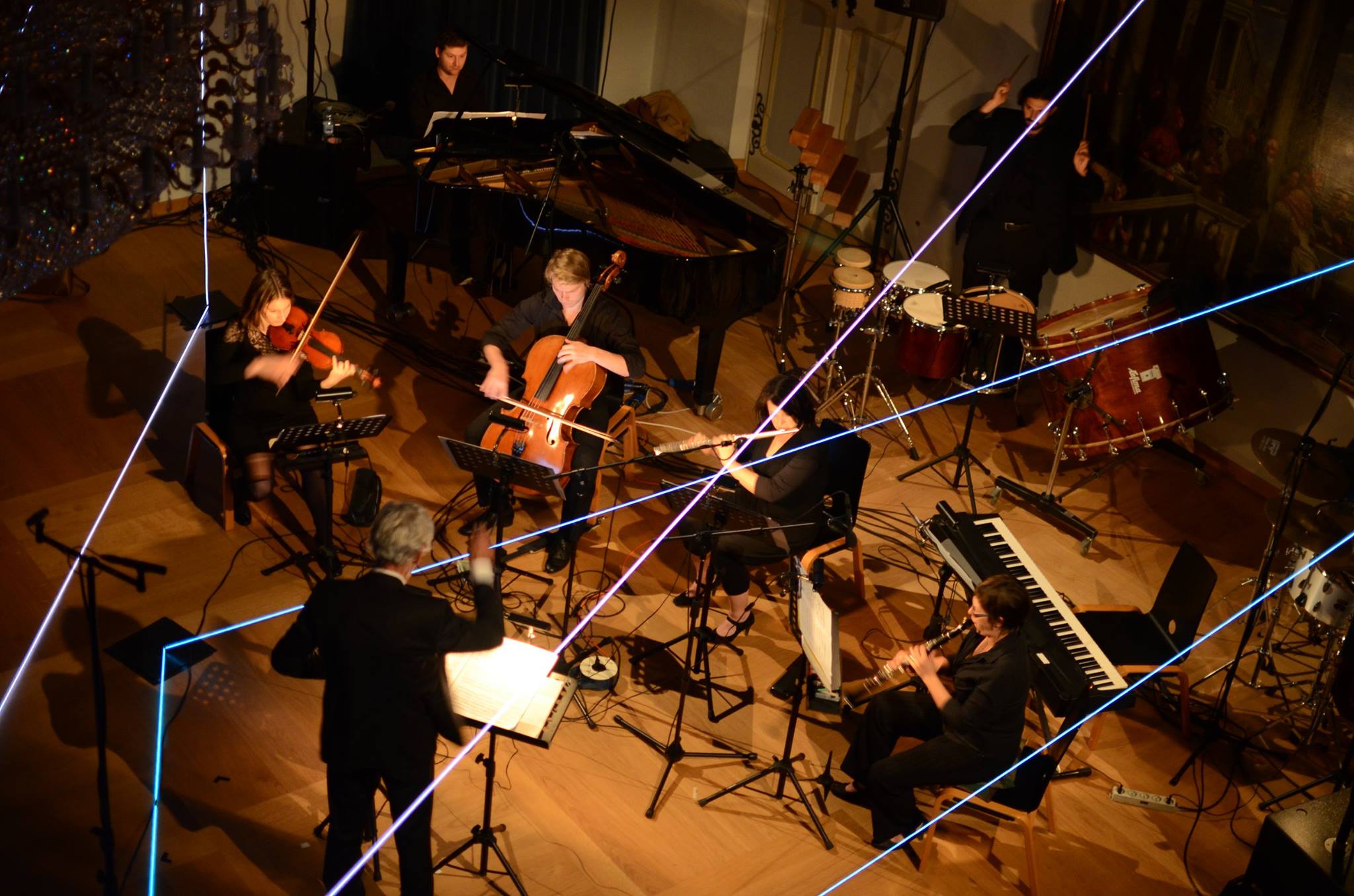 Founded in 2014 by former scholarship holders of the Int. Ensemble Modern Akademie Frankfurt am Main and composer Hannes Kerschbaumer, ensemble chromoson made its debut at the Transart Festival 2014 under the baton of Lucas Vis (NL), followed by performances at the Hong Kong Arts Center, the Free Space Festival HK and the HK Institute of Education. Furthermore, the ensemble chromoson was ensemble in residence at „hörbar! – tag der neuen musik“ (Bolzano) and started in 2015 with its project RESPIRO, a performance with works by Donatoni and Sciarrino. Recordings were made for RAI (BZ), among others. Lectures and workshops in Hong Kong and Bolzano underline the young ensemble’s desire to make new music accessible to a wider audience. The program for 2015 and 2016 includes further concerts, among others in cooperation with the Austrian Hong Kong Composers Connection and the Festival for Contemporary Music Bolzano. The members of the ensemble chromoson are internationally active specialists in the field of New Music, prize winners of international competitions and received their training at the most renowned music institutions in Europe.

All sessions by chromoson (IT)